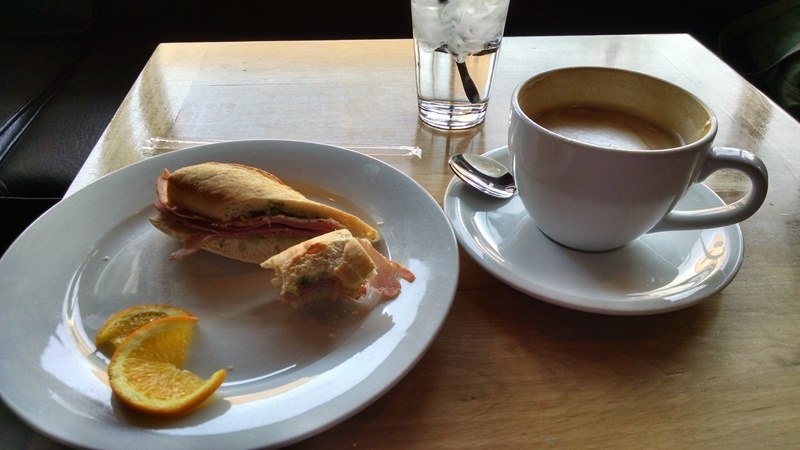 I have found that when I have too much time on my hands I seldom appreciate the quiet and the space to do life as I choose. Yet when the pace picks up those sweet moments of peace in between the chaos are simply golden. I got a moment of golden peace today. Between Baker Bash and quick lunch with my Ginger Girl I stopped to sip coffee and have peace in a bustling coffee shop. Then strolled over to the library where I plugged in my headphones and just journaled. My selfish side tends to yell that I need more quiet time. But I actually seem to be more productive with my peaceful moments when they're tucked neatly between blankets of bustle. And if these winds of change that are brewing are any indication, that's a good thing. Things are about to pick up. They're about to get real in a hurry. So we best get used to how change feels. God has big things in the books.

When I last worked, I felt as though I was part of The Elite. Not just because we had just been told that at a company retreat where we ate great food, and relaxed with each other over cocktails and Wii bowling. But because as a team we functioned so well together. My direct management was probably the best manager I've had in my entire career. Someone who was not just committed to what was best for the company, but wanted to help his people learn and grow. We had many fun times together in the short time I was there. I miss the daily camaraderie, the jokes about our boss being old and me being short. I miss the sense of belonging. Of all the companies I've worked for over the last 11+ years, I can honestly say this last one was the only one I truly enjoyed being a part of. I took pride in other jobs accomplished, and I enjoyed working with other people, but never the whole package as I did there.

Don't get me wrong. I know I always said I wanted to be at home with my babies. I wanted to be a housewife. And aside from feeling trapped without the ability to *do* and *go* as I please, I am enjoying being a housewife. But I think the longer I had to work, the more I became resigned to it. In the end I think I found more fulfillment in it than I realized. Even if I had wanted to be at home, the abruptness of the change is enough to send a person whirling. I think Jeff put it best when he said its like jumping off of a freight train into a wall of jello. Going from living the highlife, to being queen of the couch is a difficult transition in the best of times. I'd like to think they miss me as much as I miss them...

I'm still trying to adjust to this new set of circumstances I have found myself in. Blindness. Not being able to drive. Being let go from my job. Some days it's all just too much to take in. I've enjoyed the slower pace of being at home. My house is clean, and I've had loads of time to cook and experiment in the kitchen. But I don't know what to do with it all yet. One of the more difficult things for me to come to terms with, silly as it may be, is being let go from my job. I was petrified of going back to work. I don't think I was emotionally ready to go back yet, but not having the choice to go back is hard to swallow. It's hard to swallow that, whatever reason they have to label it with, they didn't want me any more. Was it convenient because I was already on leave? Would they have let me go if I'd never have been sick? Or would I have still been let go had I not missed any work? I'll probably never know the answers to my questions. I guess what's next is for me to rest in the knowledge that God knows what he's doing and that he has a better plan for me than what I can even imagine.